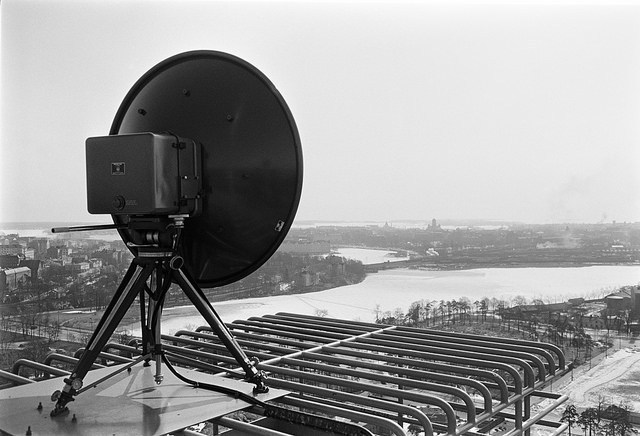 The issue of audio-visual content international distribution and circulation is one of the most relevant in recent debates in Media and Television Studies: in the “age of plenty” (Ellis: 2000) distribution presents innovative features relating to both the introduction of new digital platforms and the diverse strategies developed by traditional and innovative players (including public service broadcasters, commercial, pay broadcasters and OTT services).

This area has been the subject of much previous scholarship, particularly in terms of the relevance of TV formats, their centrality for the medium and its economy, and the different practices of adaptation and “localization” (Moran: 2009; Chalaby: 2016). However, much less attention has been devoted to ready-made content and its circulation among different countries and markets. “Canned programming” is typically the output of a specific national TV and media system, but it spills across borders when licensed into different territories.

Ready-made content has a long tradition of international selling and distribution: it has provided a crucial element in the offers and strategies of various broadcasters, and has moreover contributed to the definition of network identity and brands in many different national contexts. From a historical point of view, international markets have long been dominated by north-American ready-made programs (particularly in the forms of drama series, TV movies and, of course, films); however, in certain periods specific poles of production and exportation have also emerged elsewhere (Havens: 2006). Within Europe, the situation has been more fluid, with many examples of pre-sales and even co-production of series strongly rooted within a single culture, but subtly adapted to wider European audience tastes. The recent success of Danish drama is a recent example of this tendency. More recently, multi-channel and new forms of distribution have created new markets for ready-made programming, from successful experiments like UK Channel 4’s ‘Walter Presents’ (now being rolled out across Europe) to niche channels that show multiple variants of the same format from different cultures. Indeed, the current state of development of global players like Netflix and Amazon could also be seen as pan-world providers of traditional American ‘canned content’. The European context can be interpreted dually, as a place where ready-made programming has been imported from other countries, but also a space for the production and diffusion of original content in different genres, within and beyond the continent.

This special issue of VIEW focuses on the international circulation and distribution of ready-made content, in the form of scripted products, considering both TV fiction and films. Possible proposals are invited in (but not limited to) the following areas:

Practical Contributions are encouraged from authors with different kinds of expertise and interests in media studies, television and media history.

Paper proposals (max. 500 words) are due on February 19th, 2019. Submissions should be sent to the managing editor of the journal, Dana Mustata.

A notice of acceptance will be sent to authors by early December 2018. Articles (3 – 6,000 words) will be due on June 10th, 2019. Longer articles are welcome, given that they comply with the journal’s author guidelines.

VIEW is supported by the EUscreen Network and published by the Netherlands Institute for Sound and Vision in collaboration with Utrecht University, Royal Holloway University of London, and University of Luxembourg. VIEW is proud to be an open access journal. All articles are indexed through the Directory of Open Access Journals, the EBSCO Film and Television Index, Paperity and NARCIS.