European and Italian Cinema in the United States 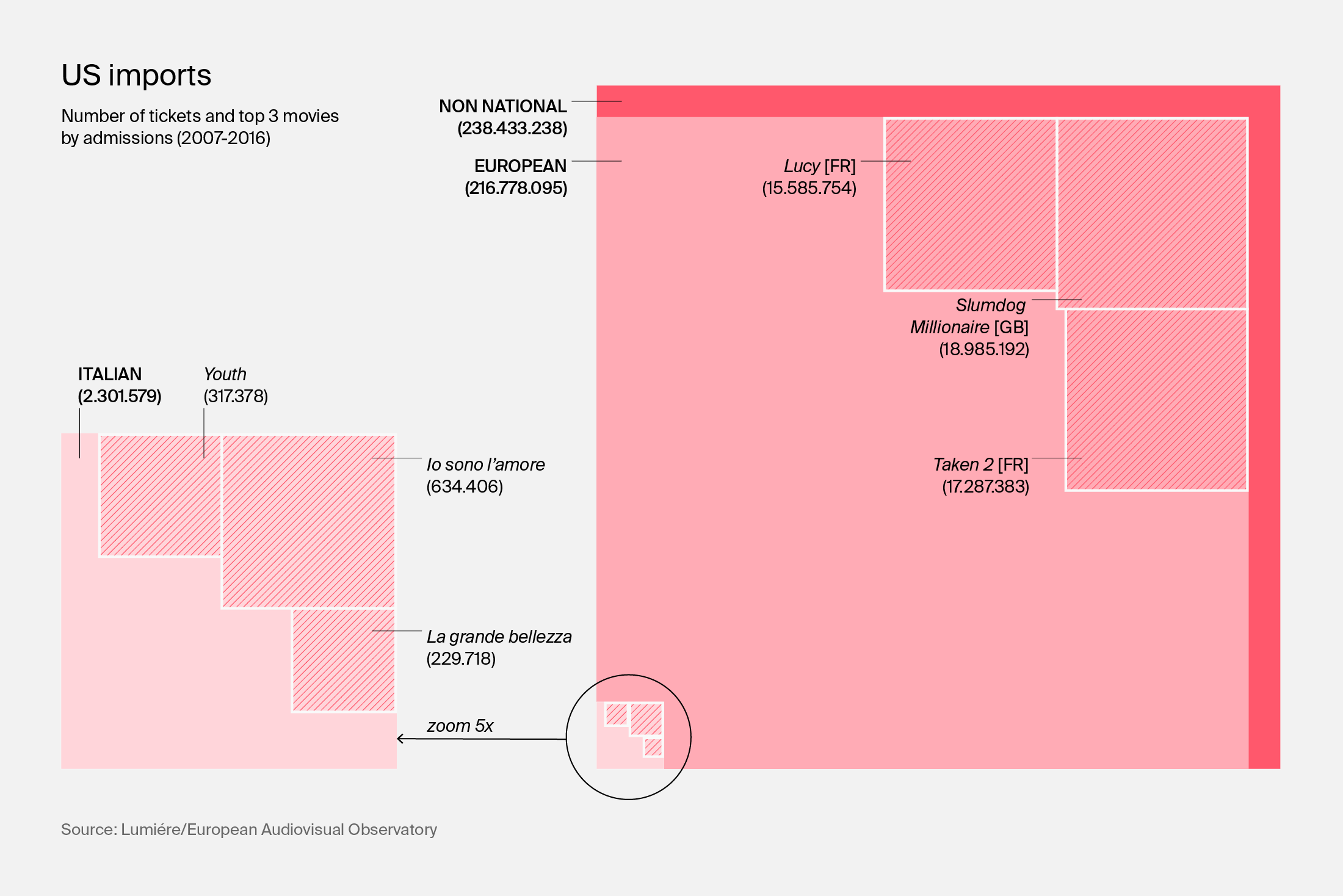 This infographic depicts the circulation of international cinema in the USA’s complex and varied film market. In the context of imported films broadly, European cinema has the greatest success. The three largest audiences for imported films were for a British film, Slumdog Millionaire (2008) by Danny Boyle, and two French films: Lucy (2014), directed by Luc Besson, and Taken 2 (2012), by Olivier Megaton. Not by chance, however, all three were filmed in English and/or an American cast (e.g. Scarlett Johansson, Liam Neeson).

As the scaled relationship (500x) illustrates, Italian cinema reaches only a very small part of the American viewers that are interested in European or foreign film widely. In the decade that spans 2007-2016, Italian films were seen by around 2.3 million American spectators. Among these, the majority of tickets (around a quarter) were for I Am Love (Luca Guadagnino, 2009). The other two of the top three Italian films were both by Paolo Sorrentino: La Grande Bellezza (2013) and Youth (2015). Once again, auteur cinema reveals itself to be the most exportable on an international level. This data excludes Italian-American co-productions.