Italian Admissions in Europe By Country 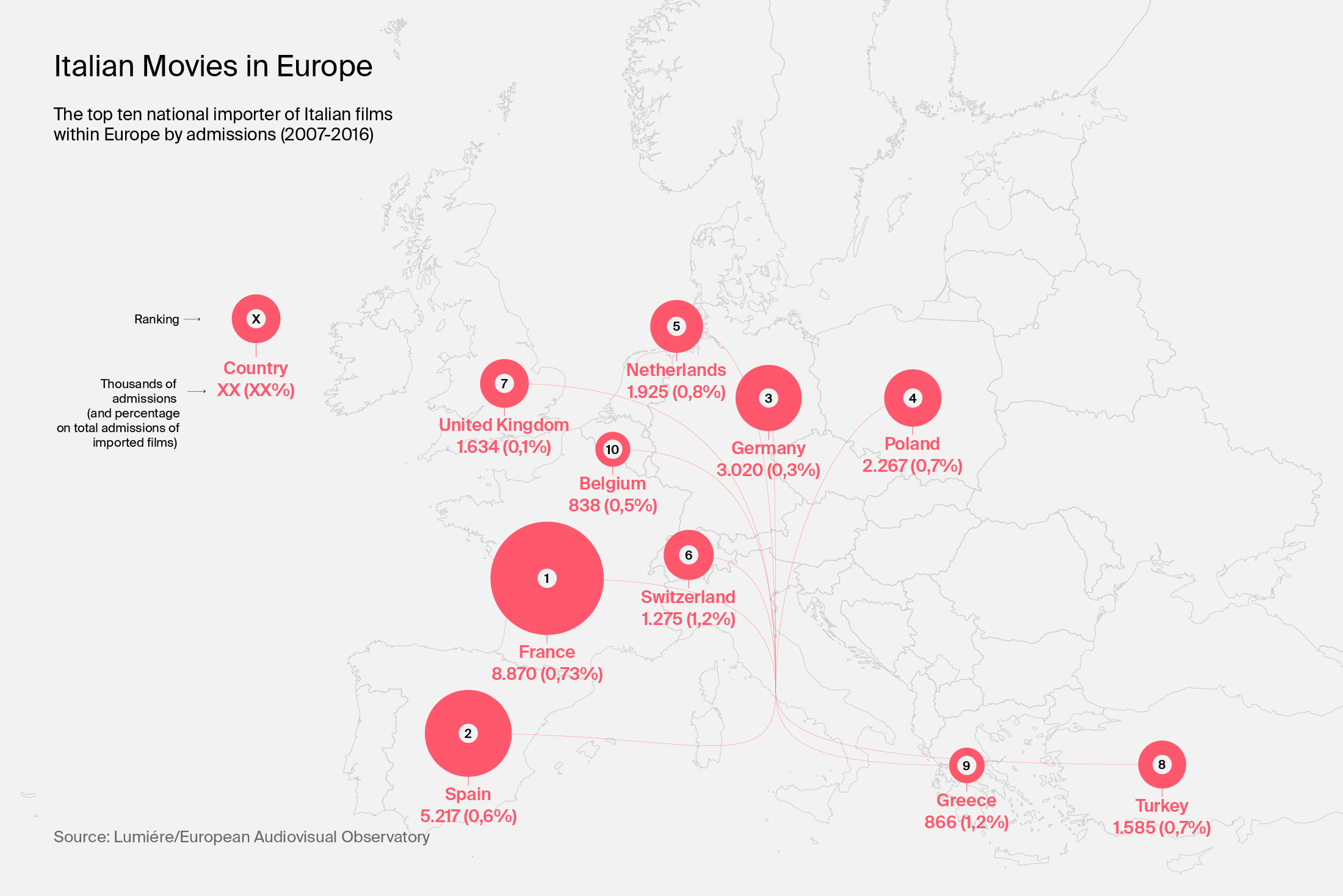 This infographic shows the ranking of the top ten European countries in which Italian films made the highest number of admissions from 2007 to 2016.

Countries with the most solid and structured film industries occupy the top positions in the ranking. Thanks to its thriving and extensive market, as well as the high number of Italian films imported in the decade analysed, France ranks first with 8.870 total admissions. Spain (5.217 presences) and Germany (3.020 presences) follow.

Switzerland is ranked sixth place, although it is the country that imported the largest number of Italian films between 2007 and 2016. This data is not surprising if we consider its small number population and, consequently, the small size of the Swiss market. However, the presence of Italian cinema is particularly relevant within the Swiss market, so much so that Italian films account for 1,2% of total admissions recorded by foreign films imported into Switzerland in the decade analysed. The same percentage – the highest detected by this infographic – was reached by Greece. In all other European countries, the percentage of admissions reached by Italian imported films compared to other imported foreign films stops between 0,73% in France and 0,1% in the United Kingdom.