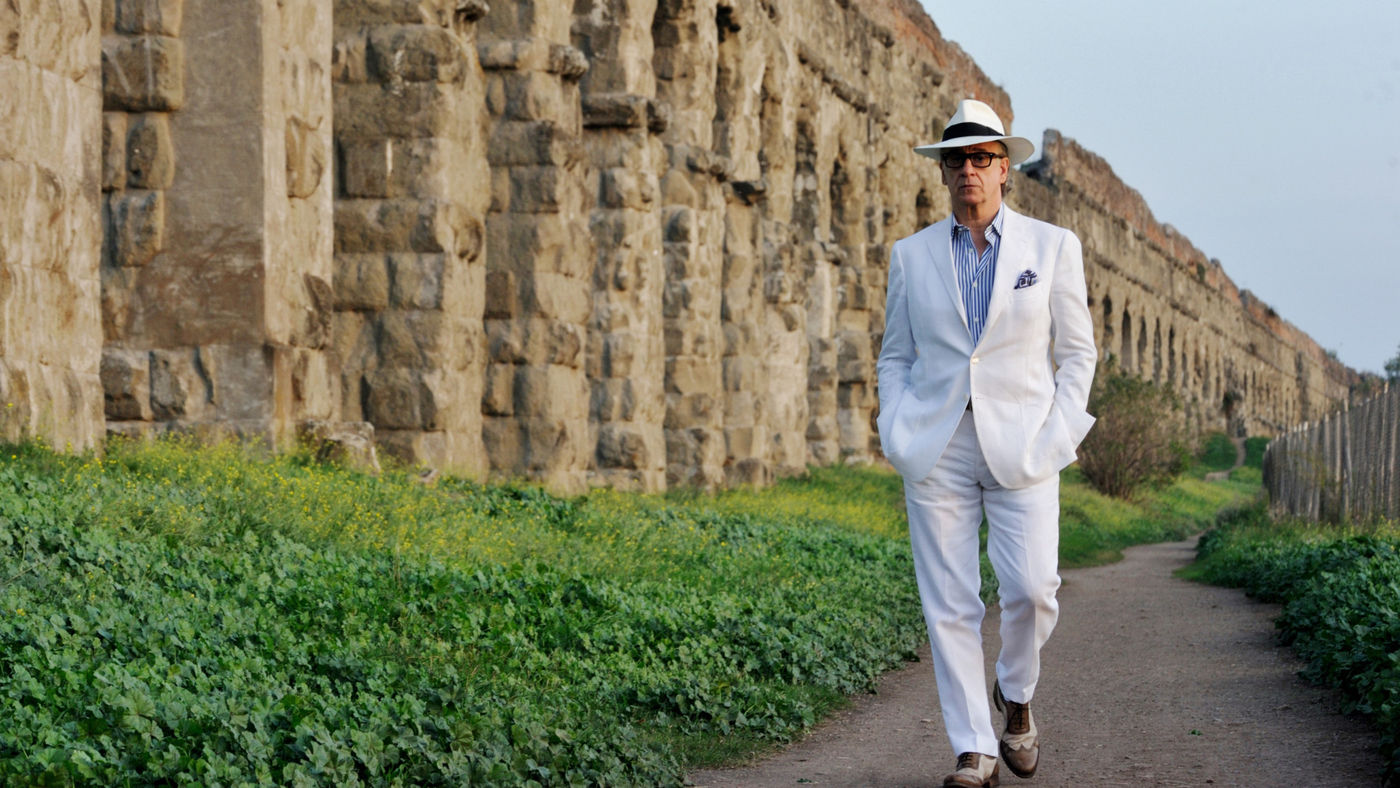 Thanks to the win of an Academy Award for Best Foreign Language Film in 2014, as well as the Golden Globe and the BAFTA award in the same category, La grande bellezza/The Great Beauty had a very large international circulation. At the same time, the English-speaking critics very much enjoyed the film, especially all the Italian features and its magical and fellinian representation of the city of Rome as well. Through its explicit references to Federico Fellini and La dolce vita (1960), Paolo Sorrentino uses the myth of Rome as a political and ideological paradigm, as an allegory of Italy that becomes soon a cultural brand to be exported. At the same time, La grande bellezza recovers the touristic gaze on the city proposed by several American films of the past — especially Roman Holiday (1953, William Wyler) —, mediating it with a mysterious, nocturnal and dreamy new side of Rome.

La grande bellezza is probably a film mostly made for an international audience, and this is also noted by some Italian film critics. For example, Elisa Battistini writes in Il Fatto Quotidiano that “maybe La grande bellezza is not the best film by Sorrentino (for who writes, for sure it is not), and probably there have been, in these 15 years, more beautiful films also in Italy”, but it represents “the ideal union of Italian localism with the language of globalized cinema. It is a ‘glocal’ product”. More in general, Italian critics didn’t appreciate Sorrentino’s baroque and overdone style. Like Il manifesto’s Cristina Piccino, who in her reviews entitled The Vintage Trap of The Great Beauty, states that “the director is only interested in his beauty, in the beauty of his images, in his virtuosity, especially since he wanted to surprise starting from the very first shot”, and also that Sorrentino’s baroque is “for it’s own sake, a baroque without baroque, which twirls in a vertigo without emotion”. But after these brief suggestions on Italian critic, we’ll focus on the critical reception of La grande bellezza abroad below.

The Swiss film magazines seem to be pretty aligned to the general attitude of the Italian critics. The online magazine Rapporto Confidenziale hosts several judgmental articles in Italian on La grande bellezza: in one of these, Michele Salvezza refers to Sorrentino as a “snobbish intellectual” who “doesn’t prove any courage” and demonstrates to “confuse the nothingness with the useless”.  When we get to the German-speaking critics, the attitude doesn’t change. After mentioning the usual references to Fellini, Michael Ranze in Film Bullettin states that Sorrentino “stays on the surface, he likes his beguiling pictures, the exciting visual ideas, his striking coloring”. At the same time, the review written in French by Geneviève Praplan in Ciné-Feuilles observes that, through the character of Jep Gambardella, Sorrentino wanted to “demonstrate the interaction between the durability of the capital and the frivolity in which he bathes”, but the film ends up “winking” in a “derisory whirlpool”.

The film was not particularly appreciated by the most important French film magazines as well. One of the most negative reviews obtained by La grande bellezza in France was written by Vincent Malausa and published in the Cahiers du Cinéma. Noting again the evident legacy with Fellini’s movies, Malausa argues that “La Grande Bellezza has quickly liquidated Fellini’s heritage in favor of megalomania and stupidity of Sorrentino’s previous films”, underlining that “the intellectual level of a Sorrentino film lies far from the celestial heights, on the brink of the most heady series Z”. The left-wing daily newspaper L’Humanité has a milder opinion on the film: in his review from the Cannes film festival, Jean Roy states how the film “is a declaration of love for Italian cinema, but probably even more for the city of Rome”, but that the problem “is the crushing weight of these references, which weigh down this essay instead of helping it to take off”.

From a total different opinion is the review published by another important film magazine as Positif, where Eithne O’Neill notes how being a“satire of decadence and intimate confession, this film enchants with its elegance, moved by its feeling”. For other film critics — see for example the reviews published in two very different journals, like Télérama and La Croix — all these references on Fellini permit Sorrentino to be considered between the all-time greatest Italian film directors.

The English-speaking critic had a better general attitude towards La grande bellezza, rather then the Italian, Swiss or French one. For example, The Daily Telegraph’s Robbie Collin gives to Sorrentino’s film the maximum rating of five stars, linking his ambition to catch the city of Rome to great Italian films of the past as Roberto Rossellini’s Rome, Open City (1945) and (again) Fellini’s La Dolce Vita: Collin writes that “Rossellini covered the Nazi occupation of 1944; Fellini the seductive, empty hedonism of the years that followed. Sorrentino’s plan is to do the same for the Berlusconi era”. Roger Clark in Sight and Sound calls into question not just Fellini, but also Michelangelo Antonioni’s La notte (1961): “no effort is spared to caress, visually, the statuary and stones and fountains and marble interiors of Rome, much as Antonioni did, physically, with frail hands”. The same review notes hoe Tony Servillo’s role is “clearly an echo of Marcello Mastroianni’s in La dolce vita”.

Finally, the opinion of Lee Marshall at Screen Daily is quite on the same page: he observes how “The Great Beauty’s mixture of social and religious satire and existential melancholy, its reaching out for poetry even as poetry is ridiculed, has been done before, by The Great Federico. But although Sorrentino’s Fellini mash-up adds little of substance to what il maestro showed and said all those years ago, it’s still a remarkable cinematic experience”. For all these British critics, all the references on Fellini and Italian classical cinema presented in La grande bellezza are a note of credit for considering Sorrentino a great Italian auteur.

Compared to the British positive reception, La grande bellezza received also in the United States a fully-fledged critical acclaim. Most of the reviews focused on the same aspects already underlined by the British critics, as all the references on Italian cinema. For example, Jay Weissberg in Variety identifies the same explicit homage to Antonioni’s La notte (and obviously to Fellini), quoting also the atmospheres by Ettore Scola’s Splendor (1989). Nevertheless, the key aspect of the film remains the city of Rome, looked by a tourist/artistic gaze, which “has rarely looked better”: as noted by Weissberg, “for Sorrentino, as for thousands of travelers and artists, the impossibly rich history of the Eternal City offers equal doses of imagination and solidity, her glories retaining the power to inspire and stupefy”. To the same line, Deborah Young of The Hollywood Reporter states that “Sorrentino’s vision of moral chaos and disorder, spiritual and emotional emptiness at this moment in time is even darker than Fellini’s (though Ettore Scola’s The Terrace certainly comes in somewhere)”. So, for the American critics Scola seems to be another clear reference for Sorrentino, even thanks to his ability to balance comedy and tragedy.

In conclusion, Rachel Donadio of the New York Times refers to the film as “a Technicolor La Dolce Vita for the Berlusconi era”, even if Sorrentino doesn’t seem to “confront the question directly”. Nevertheless, after the vision of the film she asks herself: “How did this country — that has a natural beauty and a culture that are the envy of the world; that produced Federico Fellini and Anna Magnani; that hurtled from poverty to prosperity in a two-decade postwar economic boom; that has been in the avant-garde of art since neorealism, if not Dante — […] become this strange hothouse where the debate set to begin in Parliament this week revolves around whether applying the rule of law, a conviction against the former prime minister Silvio Berlusconi for tax fraud, puts the country’s stability at risk?”. Even if it’s hard to consider La grande bellezza as a political film, its political character lies exactly in the fact that is an Italian film, talking about a contemporary Rome with several reflections from the past. 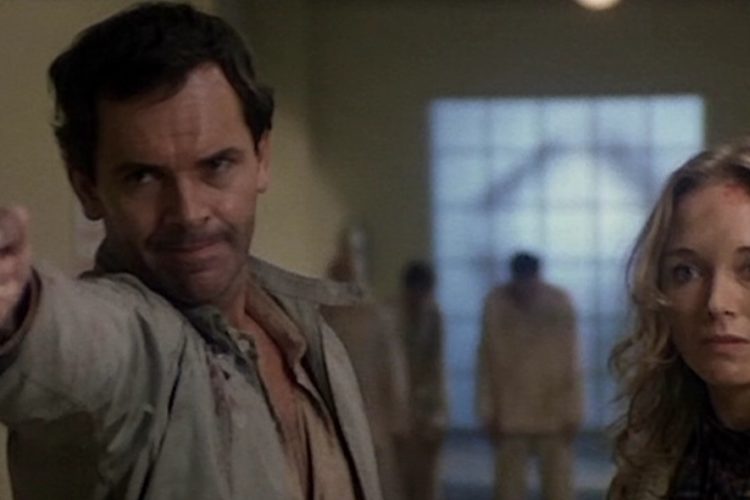 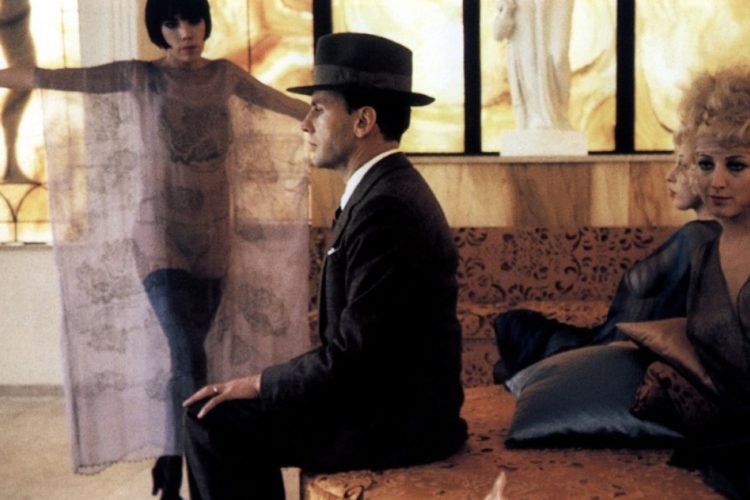 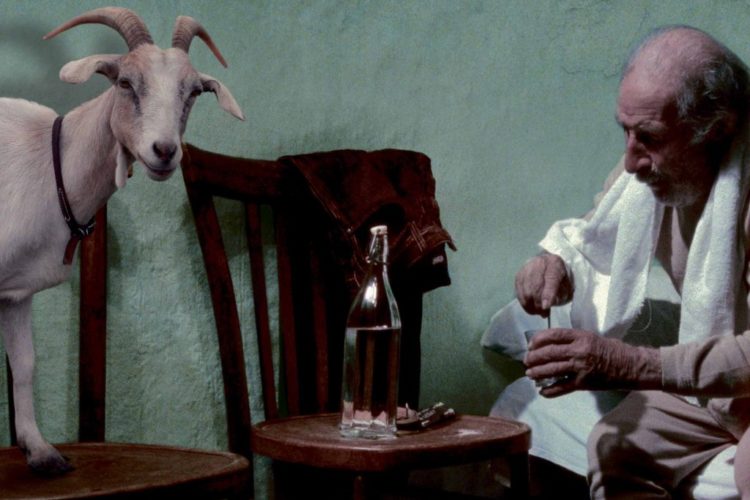 September 6, 2019 in Articles
We use cookies to ensure that we give you the best experience on our website. If you continue to use this site we will assume that you are happy with it.OkPrivacy policy