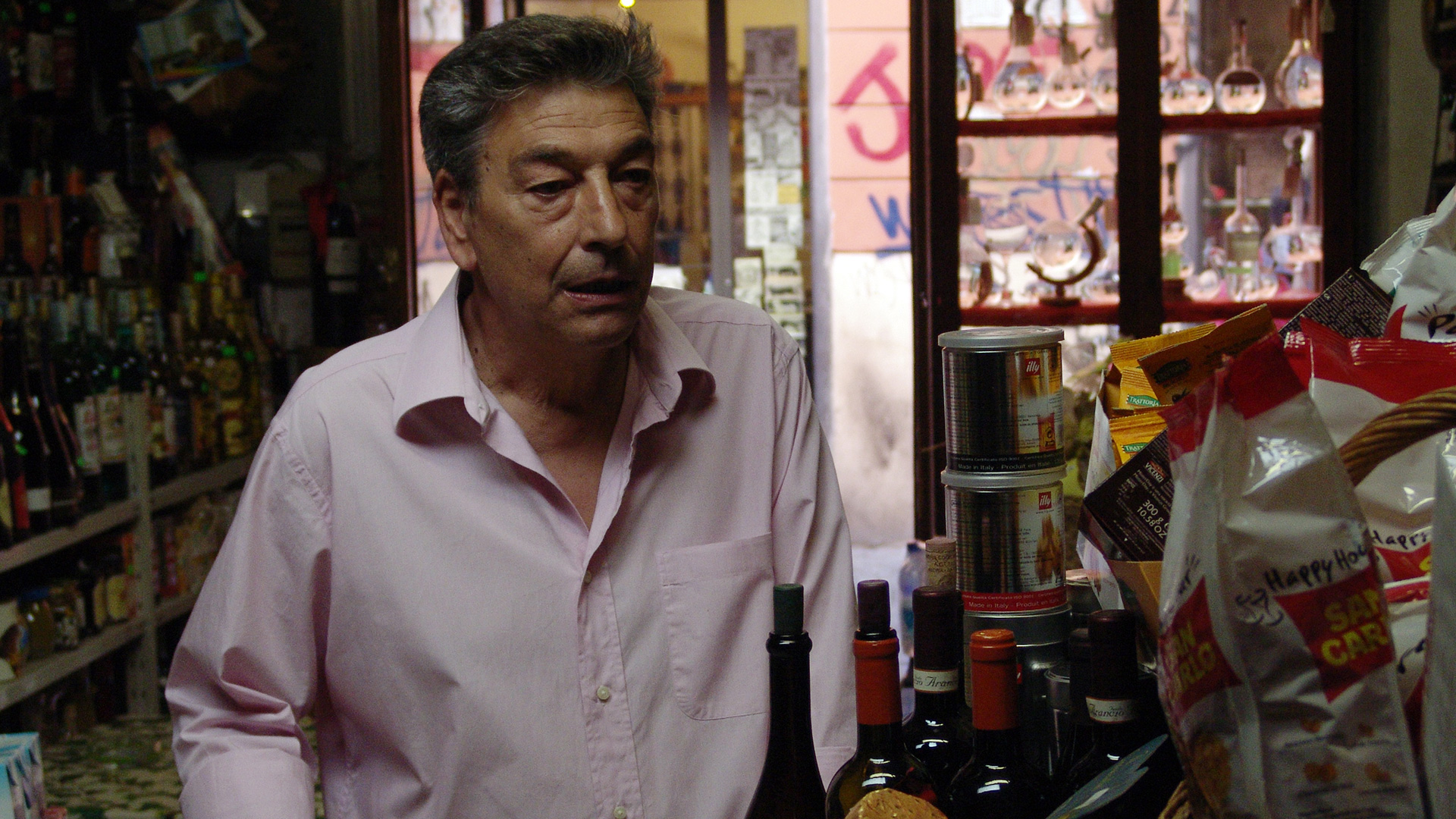 One of the main elements of continuity among the reviews of Pranzo di Ferragosto is the film’s difference: whether in comparison to Hollywood films, other Italian films, or the fact that – in a moved perceived to be quite daring – it chooses to focus on older people. As one Italian critic in the Sole 24 ore puts it, “being old-aged can be great, at least for a day”. Many critics also pick up on the age of Di Gregorio too, so as to express regret that the filmmaker of such a beautiful and unique little film only began directing in his late fifties.

As this tendency suggests, the film is framed across the board as an Italian arthouse auteur production, and the presence of Di Gregorio is another common thread. He is introduced and contextualised often in relation to another important, international credit on his CV from the same year: as a scriptwriter of Gomorra. And the latter’s director, Matteo Garrone – who produced Di Gregorio’s film – is also mentioned regularly, with even some reviews overlapping the two in order to emphasise the stark contrast between the tones of the two films. In the Guardian, for instance, Catherine Shore writes that “Matteo Garrone (here producing) and writer Gianni Di Gregorio (here also directing and starring) can be forgiven for slowing things down for their follow-up.”

There is a sense that the film is less widely reviewed (indicating a smaller impact) rather than some comparative successes from the same period (like, again, Gomorra), and in some publications the film is given brief or no reviews at all. The aggregator Metacritic connects to only 16 reviews, compared to 30 for Gomorra That said, when reviewed, Mid-August Lunch receives almost universally positive reviews, and one struggles to find anything negative said about the film at all. The one exception, found in just two or three cases, is the notion that it is a little “thin”: “It’s tasty enough, and probably good for you, but at 73 minutes, the film is hardly a very filling entree” (Michael O’Sullivan, in The Washington Post).

The reviews in Swiss film magazines and newspapers tend to pick up on two elements of the film: first, its truth and realism (emphasising also its autobiographic influences), second, the universality of its message and nuanced humour. In the Neue Zürcher Zeitung, one of the few mainstream newspapers that reviews the film, Till Brockmann highlights Di Gregorio’s own experience caring for his aged mother. The realism that the film obtains by using non-professional actors (including two women, as the article reports, from a retirement home) is tied to anecdotes about the mad, uncontrollable action: “‘One day we told an actress to go down the corridor and then into the left room, where we had already placed the camera and set the light. Then she was turned and she ran… in the room to the right. We just ran after her with the camera…’, a laughing Gregorio reveals.”

The larger point here (as in many reviews of the film) is a comment on the vivacity of the old women and the subversion of our expectations about old age: “Her joy in playing is always noticeable behind the melancholy of the ‘evening of life’, which this film stages spontaneously and poetically.” The same sentiment can be found in Cine-Feuilles, which describes the film as a “Subtle mix of tenderness, attentive observation, the philosophy of daily life […] a ray of sunshine in the middle of the tragedies of life and of fiction”.

The review in Neue Zürcher Zeitung is also one of the few reviews across the board to interpret the film as a socially-engaged product, that is “much more than a portrait of Mediterranean art of living”, in its depiction of elderly people that are determined to live autonomously, but are no longer able to do so.

A key point of reference in the French press, absent in all other contexts, is the to Italian comedy cinema, confirming, again, the importance of Italian film culture. At times it is a specific callback to the mid-century commedia all’italiana genre, in Le Monde Di Gregorio’s own character is described as having “the bonhomme loquacity of an Ugo Tognazzi or a Nino Manfredi” (though the article also relates its filming conditions to neorealism). At times, the specificity of this reference is less clear, for instance in Le Figaro Di Gregorio […] rediscovers the warmth of the Italian comedy” and for Le Parisien the film “resuscitates the great Italian comedy”, while Les Inrockuptibles sees the director as “an endearing personality that was lacking from a decimated Italian cinema – its last salient figure, Nanni Moretti, being past his best”. At others, the definition was clearer but the film a missed opportunity: “Comedy, certainly; Italian, indubitably. But as for its inscription within the labelled genre, the absence of the grotesque and of social satire means it recalls neither Risi nor Scola (Eric Loret, in Libération).

Aside from this way of situating Di Gregorio and the film – which, in France, are more common than references to Garrone and Gomorra – a further common motif is how the film successfully and humanely treats old age. For Marie-Noëlle Tranchant in Le Figaro, Di Gregorio “excels in making us feel the fragility and rigidity of advanced age, but also how this can conceal vitality, secret fantasies and moving grace”. In some cases the film’s heart is interpreted as key to the possible rebirth of Italian cinema: “confirming that the renewal of trans-Alpine cinema embraces different generations” Positif (n° 577, March 2009).

The UK press reacted extremely positively to Mid-August Lunch – perhaps surprisingly, given that its impact at the box office was more contained. As well as another instance of its interpretation as a social film (“a serious social message behind its delicate comic treatment of the burdens of old age, and the elderly as a burden”, Screen Daily), here, again, the majority of reviews admire the film’s humanity, genuineness, and universal message. “It’s a wonderfully patient, delicately observed film; warm, generous, never for a moment sentimental or patronising, never exploiting dottiness and eccentricity”, as Philip French writes in The Observer; “It’s a humane and gently amusing tale which acknowledges the vulnerability and loneliness of its elderly characters whilst celebrating their vitality and playfulness” (Sight and Sound).

The UK press similarly emphasises a series of common facts about the film. Namely, Di Gregorio’s connections to Gomorra and Matteo Garrone, and the “realist” elements of the film’s production: for instance, that “for his quartet of strong-willed old ladies, Di Gregorio cast an aunt, a friend of his family, and two members of local elderly clubs” (Sight and Sound online, this is reported in The Guardian, too). In the film magazine Empire, the film’s “endearing and captivating” qualities are put down to its “exquisite use of the musty rooms that are his mother’s entire world” and “semi-improvised performances”.

In Philip French’s review in the observer, the critic also expands on the film’s connection to Satyajit Ray (having been the person to award Di Gregorio the eponymous award at the London Film Festival), in terms of the same level of realist filmmaking that infamously inspired the Indian director when he watched Italian neorealist classics. “Ray, I think, would have admired the film for its humanity, its concern for family and the elderly and for the way Di Gregorio suffers fools gladly.”

While the American press makes the fewest links between Pranzo di Ferragosto and other classics of Italian cinema, here the director’s connections to Garrone and Gomorra are extremely common. Perhaps as a sign of the greater impact of the mafia movie in the USA, these tend to specify other shared credits, too, like Marco Spolentini and Massimo Gaudioso. This is especially  the case in trades (for instance, in Variety). In The Boston Globe, this connection extends, somewhat surprisingly, to connect the two films stylistically: “Di Gregorio co-wrote the great crime epic Gomorrah, and his new movie shares that one’s deceptive realism. You don’t entirely know that you’re not watching a documentary. […] None of these women appears to know a camera is watching them — or rather, they don’t seem to care. When Gianni serves one mother with a dietary restriction a plate of politely sautéed vegetables, her tablemate looks on with a straight-faced horror that says: I’ll wait for the macaroni casserole, thanks”.

American reviews are also the most common space for Italian stereotypes in relation to the film. This varies from passing references close relationships between Italian men and their mothers (“How’s this for a pickle? You’re a 50ish bachelor who still lives with his mother (so, yes, you live in Italy)”, The Boston Globe; “Mid-August Lunch’s plot is the complicated can’t-live-with-them, can’t-live-without-them relationship Italian men often have not with their wives but with their mothers” LA Times) to an inescapable obsession with food. In The Washington Post, the same review that accuses it of being “hardly a very filling entree” also admires that “the message – that friendship is as nourishing as food – is as simple as the menu”. And both the LA Times and the Village Voice observe the “justice that was served” when the film won, of all of its awards, the Golden Snail Award for Best Food Feature at the Bologna International Festival of Food and Film. 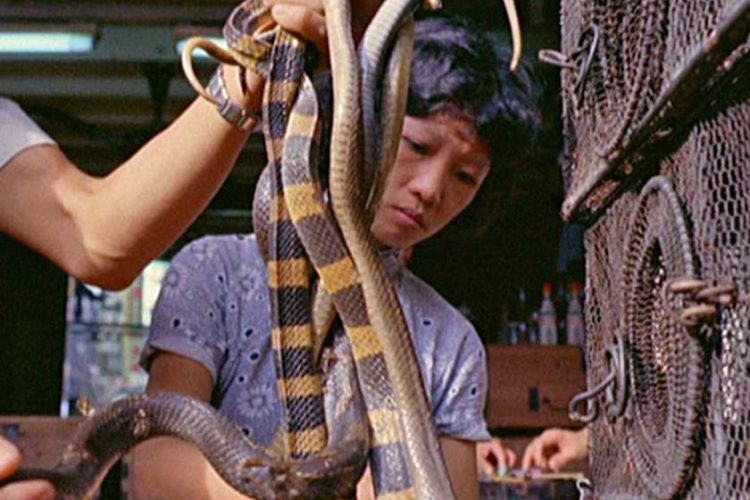 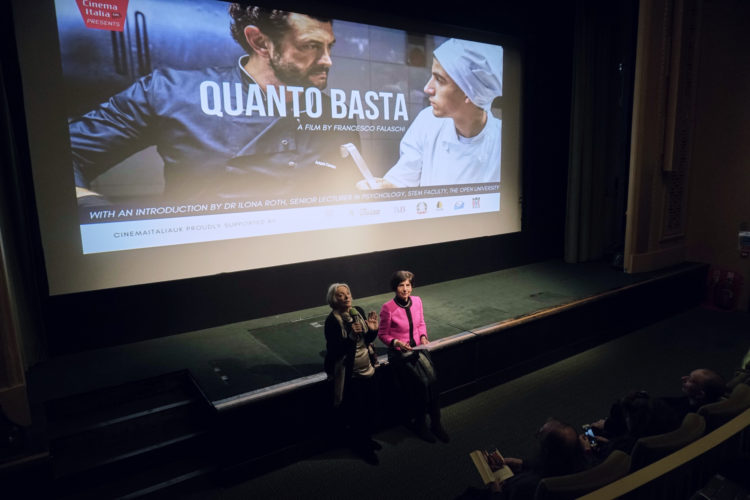 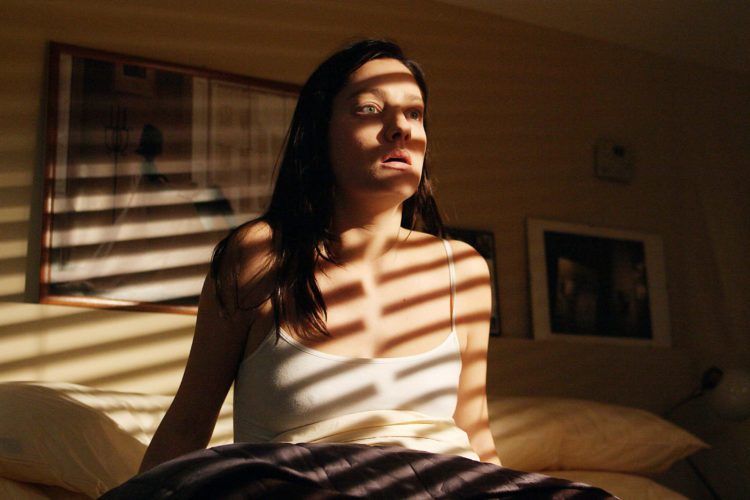 February 28, 2019 in Articles
We use cookies to ensure that we give you the best experience on our website. If you continue to use this site we will assume that you are happy with it.OkPrivacy policy